Hyacinths spikes are the main ingredient for the Dutch Flower Parade that takes place every year.

On Friday evening the illuminated Flower Parade will travel through Noordwijkerhout. At 9.30am on Saturday April 23 the Flower Parade will depart from the Wilhelminaboulevard in Noordwijk on its way to Haarlem. The parade will pass by Keukenhof just as it did last year.

At around 21.30 hrs the illuminated parade will arrive at the centre of Haarlem. On Sunday April 24 all the parade floats will be on display at the Gedempte Oude Gracht/Nassaulaan.

The event in springtime

Apart from the Flower Parade of the Bollenstreek being the only event of this calibre that occurs in the springtime, it is the only parade that is constructed and composed of bulb flowers such as hyacinths, tulips and daffodils. It is for this reason that this Flower Parade of the Bollenstreek is known as the face of spring, as no other parade can come close to the unique spring colours and perfumes that surround this one.

The procession consists of about twenty floats and over forty luxurious and special vehicles richly decorated with flowers. For an extra festive character the procession will be accompanied by several bands. There is plenty of room along the whole route for thousands of visitors. 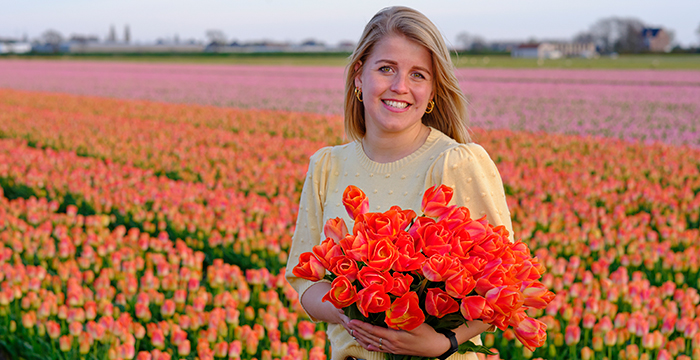 Something new – The Tulip Barn